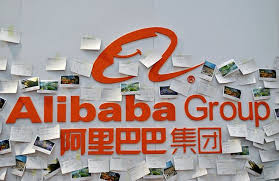 What exactly for Alibaba group?

Alibaba is a China-based multinational technology and an e-commerce company that offers retail and wholesaling shopping. Alibaba brings millions of products in over 40 various major categories into one online platform. They serve over 150 plus countries and regions worldwide and also have the facility to interact with buyers and sellers in their local or native languages. In the year 2014, Alibaba Got the tag of the world’s biggest Initial Public Offerings (IPO). It became one of the most valuable technology companies in the globe after raising $25B from its United State’s IPO. Alibaba also ranks in one of the Chinese top state-owned public companies.

A company’s market capital indicates the publicly traded company’s size. Alibaba‘s recent market cap hits an outstanding amount of a total of $659.51B. Last year the company’s annual revenue increased by 50.6%. The annual net income of the company in the fiscal year 2019 rose by 30.6%. Recently by the second quarter of the fiscal year 2020, the net income of Alibaba rose by 247.1% year-over-year. This amazing rise is due to a significant gain in Alibaba’s equity interest that is risen by 33% in their unique Ant financial system. In the last FY 2019, the company has gained $48.2B in revenue from its core commerce, that is, 85.8% of its total revenue. Alibaba’s earnings before interest, taxes, and amortization (EBITA) grew by 19.3% last FY. Other than its core commerce, NYSE: BABA earns its second-largest revenue from cloud computing. In the last FY, the total revenue from cloud computing was $3.7B or 6.6% of the total revenue. The third-largest source of Alibaba is digital media and entertainment, which brought around $3.6B in the last FY. Another source of revenue, which is called innovative initiatives, brought $0.7B to the company in the same FY.

Well, Alibaba reported a total of 726 million annual active customers in the fourth quarter of 2020. This growth trend is likely to be continued in the next year too. Analysts expect that active consumers per annum will rise by 10.6%, hitting to 745.6million in the year 2021. Before moving forward, traders always keep eyes on the balance of the company. Thus, the growth of the company seems to be significant. Stock prices will also be expected to grow. You can buy the stock share from the day trading app.

Disclaimer: The analysis information is for reference only and does not constitute an investment recommendation.